A Brief Look at Our Tour Itinerary

Dubai is home to some of the most magnificent places in not only the United Amirate Emirates, but the entire world. It offers some of the most deluxe locations to visit, explore and stay. Dubai’s hotels are that of the highest calibre and are renowned for the beauty. So set sail from what is the most exclusive marina in Dubai, the Bvlgari Hotel and Residences. The marina is a perfect reflection of a traditional, upper class Mediterranean village in its design and is a spectacle that must be seen, to be believed. With a 5 star rating and a unparalleled quality of service, you’ll feel as top-tier as those who reside there.

Once you’ve left the Bvlgari Hotel marina, you’ll be cruising by the iconic, Burj Al Arab. Often regarded as the world’s only, ‘7 Star’ hotel, the Burj Al Arab is an engineering and architectural phenomenon. It’s beautiful shape and structure was intentionally designed to resemble a J Class Yacht and there’s no other way to marvel at its glory than to be aboard one of Seven Yachts impeccable ships. But don’t just remember the moment, capture it. The yacht’s course allows you to photograph yourself in front of the Burj Al Arab which your friends will look at in awe.

Once you’ve passed the Burj Al Arab you’ll coast past the breathtaking Al Sufouh Beach, one of the most deluxe beaches within the UAE. While you’re there you’ll be able to witness the royal family’s beach front compounds and experience how the country’s wealthiest like to spend their time by the sea.

That’s not the only royalty you get to witness as you pass by the luxurious private island that sits at the base of the Palm, owned by none other than Sheikh Mohammed. Be in awe of the sheer magnitude and scope of what stands before you and truly understand what it is to be royalty. Seeing is not all you’ll be doing while at the Palm, however. Ask your crew to stop so you can swim by One&Only on the Palm. One of the most luxurious resorts you’ll ever witness.

As your day finally comes to a close, sit down and open a bottle of champagne and watch the light orange rays of the sun, calmly set over the prestigious, Atlantis Hotel. One of Dubai’s most prized locations and hotels; it’s the perfect way to finish what will be the best day of your life. Don’t take Dubai for granted. 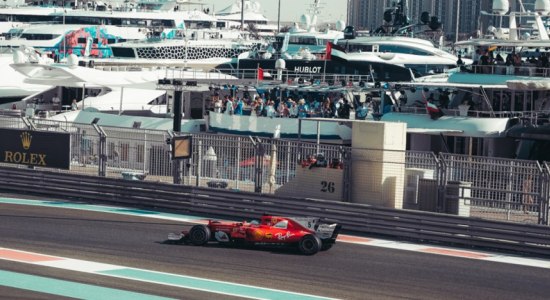 The Formula 1 Grand Prix Racing Event brings in hundreds of thousands of people from all corners of the globe. Take part in this epic 3-day blow out from the decks of the finest luxury yacht for hire in UAE. Watch Yas Marina light up as the Grand Prix unfolds and book with the number one brokerage in the market 3 years running. 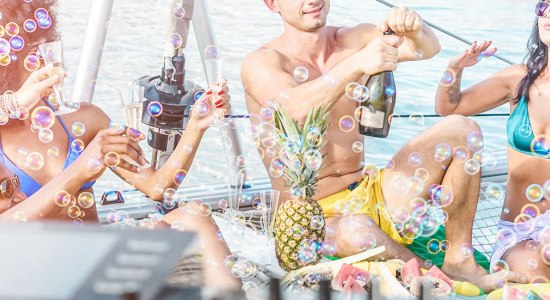 We know how important birthdays can be, which is why we’ve curated a birthday package for you. Celebrate with your loved ones, in true elegance and style, by hosting your party aboard our luxury yacht. When renting from us, we promise outstanding service and a memorable experience. 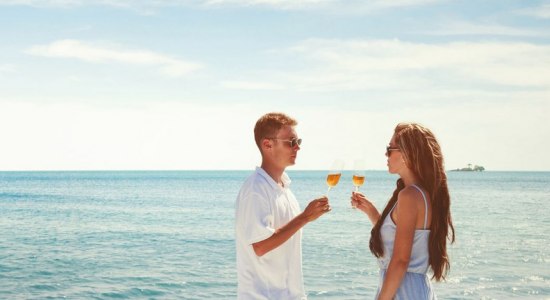 Regardless of the number of years spent together, an anniversary is a moment to celebrate and cherish. Seven Yachts gives couples the opportunity to celebrate their day royally. Rent our yacht to explore various exotic locations hidden around Dubai and Oman. We invite couples looking for a romantic cruise experience, to rent our yacht.

By far our most popular yacht charter package, our Discover Dubai itinerary incorporates all of Dubai’s highlights into 4 hours of coastal cruising and sightseeing. See the iconic Burj Al Arab, and Burj Khalifa from the water then cruise down the coastline towards Sheikh Mohammed’s private island, the Palm and Atlantis.

Just North of Dubai is the incredible coastline and crystal-clear waters of Oman. Musandam is quickly becoming one of the region’s top yacht rental destinations. It offers fantastic fishing, dolphin watching, scuba diving and incredible scenery. Oman is a must see for all yachting enthusiasts.

South of Dubai lies the Capital City of the UAE, Abu Dhabi. More known for its oil, Abu Dhabi is in fact home to some of the best yachting destinations in the country. Here you will find a variety of places to discover, from its pristine mangroves and island paradises like Zaya Nurai, to the Iconic Emirates Palace and Yas Marina Formula 1 circuit. Our favorite activity would definitely be exploring Abu Dhabi by a yacht charter.

A fully loaded Charter in Dubai is sure to be a memory of a lifetime. Fill the day with the luxurious sights of Dubai from the Burj Al Arab to The Palm and everything in between. Treated with a Gourmet BBQ on board and choice of drinks, your favorite music and a schedule packed full of exciting water sports, there is no better way to spend the day.

The feeling of watching the sun fall behind the horizon, is an incomparable experience. If you are on the lookout for a romantic and fun experience, the yacht charter sunset package is ideal for you. The yacht departs from the Bulgari Resort and cruises the Dubai coastline. Now picture this view with a drink in your hand. 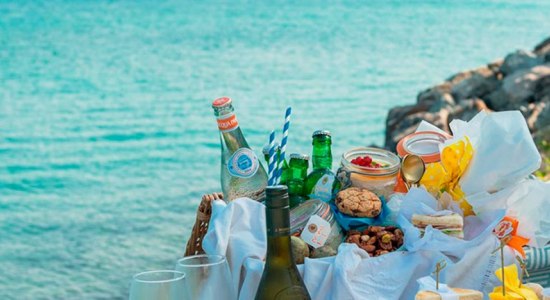 A hidden gem in the beautiful waters of the Arabian Gulf off the coast of Abu Dhabi, Zaya Nurai Island is a private resort that is sure to take your breath away. With a glamorous arrival via one of our luxurious yachts, you will have full access to the resort Spa, restaurants and range of water sports.